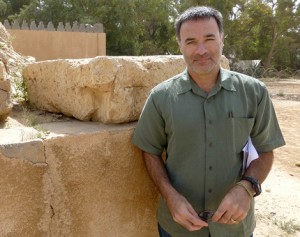 Host Lisa Loving speaks with journalist Dahr Jamail who writes frequently about climate disruption as well as war and peace issues. Jamail is a Truthout staff reporter, and author of The Will to Resist: Soldiers Who Refuse to Fight in Iraq and Afghanistan, (Haymarket Books, 2009), and Beyond the Green Zone: Dispatches From an Unembedded Journalist in Occupied Iraq, (Haymarket Books, 2007). Jamail reported from Iraq for more than a year, as well as from Lebanon, Syria, Jordan and Turkey over the last 10 years, and has won the Martha Gellhorn Award for Investigative Journalism, among other awards. His third book, The Mass Destruction of Iraq: Why It Is Happening, and Who Is Responsible, co-written with William Rivers Pitt, is available now on Amazon. He lives and works in Washington State.

Free and open to the public.