OIL PRESSURE ON THE NORTHWEST 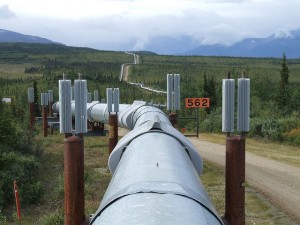 Victories and challenges facing the movement to stop the NW from becoming fossil fuel sacrifice zone
Pressure continues to turn the Pacific Northwest into a hub for fossil fuel exports. Yet, opponents of these proposed refineries, pipelines and export terminals have managed to stop or slow the progress of several of these projects. On this episode of Locus Focus, Eric de Place and Nick Abraham with Sightline Institute in Seattle, return to the show to give an update on the victories and challenges facing the movement to prevent the Northwest from becoming another sacrifice zone for the fossil fuel industry.

Eric de Place, Sightline policy director, is a researcher, writer, speaker, and policy analyst. He spearheads Sightline Institute’s work on energy policy. He is known as a leading expert on coal and oil export plans in the Pacific Northwest, and he is considered an authority on a range of issues connected to fossil fuel transport, including carbon emissions, local pollution, transportation system impacts, rail policy, and economics. He has researched and published more than two hundred articles, reports, and analyses on these proposals, and his work on fossil fuel transport is cited by regional and national news media outlets hundreds of times each year.