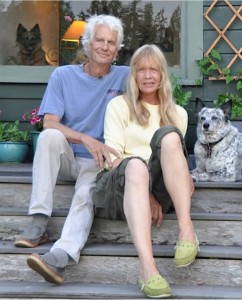 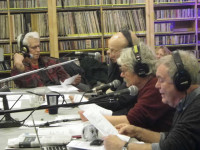 On tonight's very special episode, we pay tribute to Phil Austin of The Firesign Theatre, who passed away on June 18th. Phil was a genius of audio comedy, and a huge inspiration to all of us in the KBOO radio community. To talk about Phil, and honor his memory, fellow Firesign David Ossman will be joining us by phone from his Pacific NW home. We'll also be playing several of Carl Crowley's favorite Phil bits, including, of course, a little Nick Danger.

In addition, we're privileged to have Sam Mowry of The Willamette Radio Workshop as our in-studio guest. In his role as Artistic Director and actor, Sam guides WRW productions of both original and classic radio material. We booked Sam for the show (and for loitering) before Phil's passing, and intended to focus solely on his radio theater work. But Sam graciously agreed to talk a bit about Phil and what he's meant to both Sam and WRW.

All that and a new audio comedy sketch from our friends at Puppet Radio Theater, who are also big Firesign Theatre fans. If it gets any hotter in Portland, we'll need some big fans.

Update Required To play the media you will need to either update your browser to a recent version or update your Flash plugin.
Topic tags:
Humor, Radio Theater
Genre(s):
Radio Theatre, Spoken Arts, Spiritual