Produced by:
KBOO
Program::
Air Cascadia
Air date:
Mon, 06/06/2011 - 12:00am
Interview with Coleen Rowley on Secrecy, speaking truth to power and the fallout 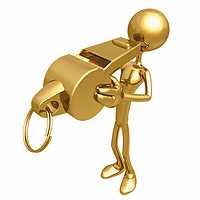 The Kansas City Star reports that about 250 demonstrators from across the nation gathered in Leavenworth on Saturday in a rally supporting the man charged with leaking classified military information to a website.

It seems indeed that past rallies and Internet efforts with getting Army Pfc. Bradley Manning transferred in April from harsher prison conditions to a new facility at Fort Leavenworth.  Supporters say they have raised $150,000 for Manning’s legal defense and are planning rallies nationwide and an Internet effort worldwide. The heat is on:  As Coleen Rowley herself says, “If leaking to the public to expose government illegality and/or war crimes is considered worse than spying for a foreign country, the question then arises:  ‘Who IS the enemy?’ Is it us?”

And Now Back to Cascadia...

The Summer weather is finally here and so are the expressions of irrational armed exuberance.  Portland police responded to three shootings early Saturday in different parts of the city. One person died and two others were injured.   Police said they don’t know whether the incidents are related or whether any is gang-related.   The first occurred about 1 a.m. at Southeast 82nd Avenue and Raymond Street. Police found a 32-year-old woman with a non-life-threatening gunshot wound to her left leg.   Shortly after 2 a.m., officers responded to a second shooting in the area of North Fessenden Street and Geneva Avenue. A 20-year-old man was taken to an area hospital with non-life-threatening gunshot wounds to his face and back.   The last shooting, which police are investigating as a homicide, was reported about 3:50 a.m. Saturday on a residential street near Northeast 13th Avenue and Rosa Parks Way in the Woodlawn neighborhood.

It's been a  cold, wet spring .  Crops are slow and farmers are     struggling to adjust.  This Sunday's New York Times featured a lengthy in-depth story on climate change, agriculture and hunger - without once mentioning that adapting to warming climate means growing more specialized crops which means more food which means more people.  No one put all the pieces together and figured out that the reason we are suffering the effects of climate change are is that too many people are crowded onto one small planet.  Simply providing food solves nothing.  In fact it makes the problem worse.  Relieving the pressure anywhere in a closed systems only causes stressors to show up downstream.   The long, cold, wet spring has pushed back the growth chart several weeks for most crops grown in Lane County, from strawberries to wine grapes.    Growers are fending off climate change with money at the moment…But the well is running dry and no amount of money is going to stave off a terrifying future..  Agriculture causes population problems sooner or later.

Officials with the Rogue River-Siskiyou National Forest have delayed the annual opening of many mountain roads to prevent the spread of a tree disease.   Phytophera lateralis, commonly known as Port Orford cedar root disease, spreads through transportation of infected water, soil and root grafts. The  Medford Mail Tribune reports that soil from the tires of motorized vehicles, particularly trucks and off-road vehicles, is believed to have spread the disease.   Cascadia's forests need a rest and a respiute from their adoring fans.

A controversial oil-sands pipeline operated by a Canadian oil company was ordered shut down Friday by the US Department of Transportation on charges that its continued operation “would be hazardous to lives, property, and the environment."

TransCanada, a leading North American pipeline operator, started operation of Keystone I, a 36-inch pipeline system, in June 2010, making it possible to deliver Canadian oil to markets across Midwest farmland in several states, from the Dakotas through Illinois.

The company wants to expand the system so that it snakes from the Canadian province of Alberta, taking oil southeast through Oklahoma and eventually into refineries located in Nederland, Tex., along the Gulf Coast. The company says its new system, titled Keystone XL, will contribute $20 billion to the US economy through job creation and local property taxes.

The shutdown this week may create obstacles to getting final approval from the US State Department, which is faced with weighing the benefit of receiving 1.29 million barrels, or 54 million gallons, of oil per day into US markets with the environmental risks of having potentially hazardous crude oil moving across thousands of miles of fertile farmland and into its primary freshwater aquifer.

A decision WAS  expected by the end of this year.

The Transportation Department has given TransCanada Corp. permission to restart its Keystone oil pipeline, just a day after blocking resumption of operations on the line that has suffered two recent leaks.

The department’s Pipeline and Hazardous Materials Safety Administration (PHMSA), in a letter Saturday, told the company that it had approved its restart plan and that the restart could commence today.
Update Required To play the media you will need to either update your browser to a recent version or update your Flash plugin.