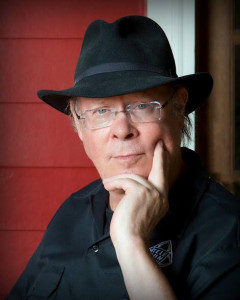 On today’s show, we’re celebrating the life of John Neff, who passed away in Portland last month, at the too young age of 71. John was a musician, producer, composer, radio deejay, and audio engineer, who worked with an all-star roster of artists --  Motown stars like Curtis Mayfield, Isaac Hayes, and Mary Wells, the rock band Steppenwolf, Steely Dan’s Walter Becker and Donald Fagen, and film director David Lynch. To name but a few.

I had the great privilege, and pleasure, of talking with John a year ago for Jonesy. We covered some of the highlights of John’s career in music, a long and fascinating career that spanned his start, at the age of 14, playing guitar in the 60s garage-rock band The Ascots, to his retirement just last year. And I say "retirement" in quotes, since he continued to help out local musicians, even playing regular gigs as bass guitarist for Christie Josef and the Purpose.

We had to cut a bit of our conversation to fit the half-hour timeslot. But if this whets your appetite for more, you can stream the longer version on-demand here: https://kboo.org/media/107170-john-neff-garage-rocker-motown-session-musician-maui-dj-recording-studio-guru-steely

Update Required To play the media you will need to either update your browser to a recent version or update your Flash plugin.
Download audio file
Topic tags:
Arts/Culture, History, Media, Music, Film
Genre(s):
Arts and Culture, Rock and Roll

Too Much Information with Abe and Traci
Dumb and dumber