Man Made Language and Women Enslaved in Kuwait 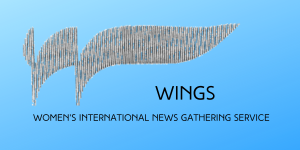 1st half: Dr. Dale Spender is an Australian feminist scholar, teacher, writer and consultant. The book Man Made Language (1980) is based on Spender's PhD research in London and Australia. In it, she argued that in patriarchal societies men control language, so that it is used to their advantage. This talk by Spender delivered in San Francisco in 1989 focuses on her research into characteristics of women's speech, and references some of her later works including Invisible Women: The Schooling Scandal, Reflecting Men: At Twice Their Natural Size, and Women of Ideas and What Men Have Done to Them. Her findings showed that in conversations with men, women were regularly interrupted and talked far less than half the time; they also skillfully used eliciting cues that were useful - but not respected - in journalism. She stated that most women but few men used language to create harmony in groups, and that women used language skills to keep men feeling good so that they would not misbehave. Listeners are asked to consider whether this culture of women's language use continues today.

2nd half: Believing recruiters' lies, "Karine," "Susan" and "Cynthia" flew to Kuwait for well-paying jobs, only to find themselves as housemaids forced to work 18 hours a day, locked in with no means of communication, beaten, hungry, sexually advanced on, robbed of their possessions, and sleeping on the floor. They tell how they got there and how they escaped.