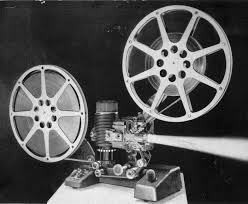 Ian is a cartoonist, filmmaker, curator, and the co-publisher of the Vision Quest free comics newspaper.  His long-running series Repressed Cinema screens once a month at Portland’s Hollywood Theatre.  Tim is the other co-publisher of Vision Quest and the founder of the Teenage Dinosaur imprint, which printed the early works of Matt Furie, Dash Shaw, and Julia Gfrörer.  And Emily is a writer, artist, and zinester whose work appears regularly in Vision Quest. She was a mainstay of Portland’s legendary publisher Sparkplug Comic Books.

All three sit down with S.W. Conser to discuss the preservation of creative communities in the face of monopoly media, pandemics, and digital hegemony.

Update Required To play the media you will need to either update your browser to a recent version or update your Flash plugin.
Download audio file
Topic tags:
Arts/Culture, Media, Film, History, Community Building, Humor
Genre(s):
Arts and Culture

Too Much Information with Abe and Traci
Dumb and dumber