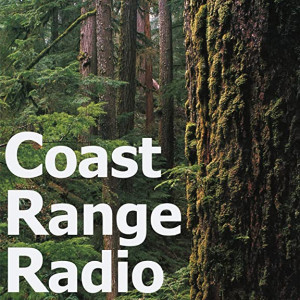 They discuss why a diverse coalition of Oregonians have come together to demand the Oregon Treasury, managing $120 Billion in investments, divest from the climate warming fossil fuel industry. Andrew provides great economic and environmental justice arguments for why the state should divest from fossil fuels. He then provides details on opportunities for individuals and organizations to get involved in the campaign.

Second half hour: Today's show is about Wild and Scenic rivers! We in Oregon are so fortunate to have not only amazing waterways, but also a history of elected officials who have been willing to fight for them, and for public access.

Without Wild and Scenic protections, many of our most special and important places in Oregon would not exist as we know them. What most folks don't know is that only about 2% of our waterways are protected with this designation.

If you're not familiar with river protection lingo, The National Wild and Scenic Rivers System was created by Congress in 1968 to preserve certain rivers with outstanding natural, cultural, and recreational values in a free-flowing condition for the enjoyment of present and future generations.

The Act is notable for safeguarding the special character of these rivers, while also recognizing the potential for their appropriate use and development. It encourages river management that crosses political boundaries and promotes public participation in developing goals for river protection

Update Required To play the media you will need to either update your browser to a recent version or update your Flash plugin.
Download audio file
Topic tags:
Environment/Climate, Energy/Natural Resources, Government/Politics