Leading up to Hallowe'en, Film at 11 looks at horror with an international flavor, on Friday, 21 October, 2022 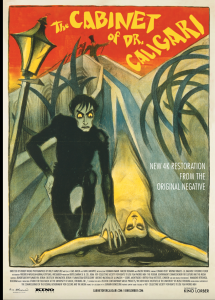 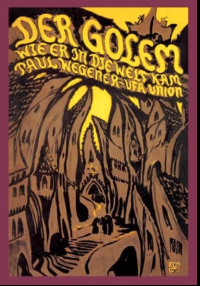 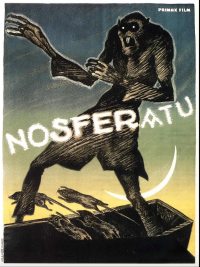 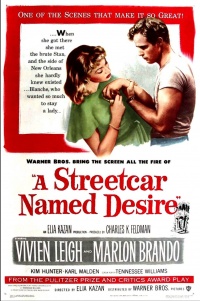 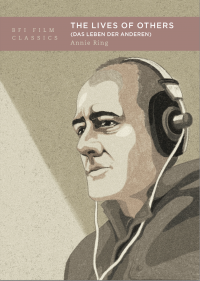 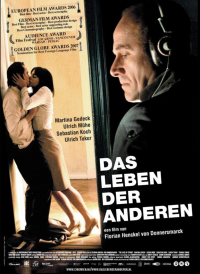 Matthew of KBOO's Gremlin Time kicks off the show with a serious look at  the first three German horror films The Golem, The Cabinet of Caligari, and Nosferatu. Meanwhile, Jeff Godsil re-considers A Streetcar Named Desire, and in the book corner, the new BFI Film Classics monograph on The Lives of Others.

The Lives of Others

Seeing a real work of cinematic art, especially one that falls in the existential humanist tradition of the 1950s, is rare in any decade, but more so in recent years where loudness and incomprehension are valued over clarity and observation. Thus, seeing The Lives of Others in 2006 was an exciting and meaningful event for aging purists.

Directed and co-written by Florian Henckel von Donnersmarck, The Lives of Others is set in East Berlin in 1984, and tells of the symbiotic connection that develops between playwright Georg Dreyman (Sebastian Koch), and the Stasi operative Gerd Wiesler (played by the late and beloved Ulrich Mühe) spying on him, in this case from the attic atop the playwright’s building. Observing the free-thinking writer and his loving relationship with his girlfriend and lead actress, Wiesler is jogged out of his unthinking acceptance of German Communist ideology and instead undermines the surveillance. The film’s ending is powerful. The film won the best foreign film Oscar, if such tributes are important to you, and remains one of the best European films of the last 20 years.

But it is not without its problems as Annie Ring points out in her new British Film Institute monograph on the movie in its Film Classics series, published by Bloomsbury. While overall lauding the film – after all, this is a series called “film classics” – she is thorough enough to note that there is no real world model for a Wiesler, and that in practice, the Stasi would not have to import a full surveillance set-up into the subject’s apartment building, when blackmailed informants were the preferred form of information gathering, of which there were some 189, 000. Further, she wrestles with the notion that the film is ultimately a conservative take on the geo-political situation of the time. This is in the first chapter. In the second, she contemplates the film as in the heritage of Hollywood melodrama, but in the best sense of the word. In chapter three, she describes in detail just how the Stasi surveillance system worked, and then in chapter four analyzes the development of the Wiesler character, while also illustrating how the Kubrickian cinematography links Wiesler and Dreyman.

A famous quote by Lenin led to the image that carried von Donnesmark though the project. She writes:

“Dreyman is citing a famous anecdote, which states that Lenin could not bear to listen to Beethoven’s Sonata No. 23, the Appassionata, for fear that it would weaken his resolve for the revolution ahead. Von Donnersmarck has spoken in an interview about hearing the anecdote, and recalled: ‘I suddenly had this image in my mind of a person sitting in a depressing room with earphones on his head and listening in to what he supposes is the enemy of the state and the enemy of his ideas, and what he is really hearing is beautiful music that touches him.’”

The author weighs aesthetics and morality in the next chapter, and in Chapter six focuses on the actress, Christa-Maria Sieland, played by Martina Gedeck, and the final chapter tracks the Dreyman character after re-unification.

Ms Ring, who is Associate Professor of German and comparative film, literature and cultural theory at UCL and has written books on surveillance, technology and the politics of subjectivity, notes that Coppola’s The Conversation was an influence on the film, as was Hitchcock.

From page 14, “the influence of Hitchcock’s film-making on von Donnersmarck is evident when comparing The Lives of Others with Hitchcock’s lesser-known Cold War film Torn Curtain (1966). This political thriller is set largely in the GDR and shows American nuclear physicist and double agent Professor Michael Armstrong (Paul Newman) and his assistant and fiancée Sarah Sherman (Julie Andrews) on the run from the Stasi. Hitchcock’s film shares with The Lives of Others a leading couple under threat from the GDR authorities, the setting of an East Germany permeated by suspicion and surveillance, and even the striking parallel of a scene set in an East Berlin theatre, where Armstrong and Sherman are only just saved from apprehension by the Stasi.”

She goes on to write, “von Donnersmarck was clearly influenced by Hitchcock’s iconic cinematography. Like Hitchcock in many of his films, von Donnersmarck takes time building up the depiction of his central couple in tense domestic moments on which the action then pivots.  In both directors’ works, domestic sequences create tableaux in which little dialogue is needed to convey the threat its characters  are under from external forces. Some of Hitchcock’s most famous and most troubling scenes take place in domestic settings, of course, such as the home invasion by killer Thorwald in surveillance thriller Rear Window (1954), and the murder of Marion in the shower  in horror classic Psycho (1960). In other films, couple tableaux  work in subtler ways to convey threat and tension: for instance, the scenes in Scottie’s apartment with Madeleine (or ‘Madeleine’) in surreal memory-noir Vertigo (1958), and the tense reunion of Newman’s and Andrews’ characters in an East Berlin hotel suite  in Torn Curtain,” concluding, “Viewers become detectives as they take in detailed props, vexed glances and unmet gazes between couples in states of confusion and danger.”

In summary she writes, “With its melodramatic characterisation and historical setting, and its intertextual references to Enlightenment and post-Enlightenment philosophy, this is a film capable of exciting its audiences at the same time as raising fundamental questions … These are questions about how film can function as a source for understanding the past, about the politics of heritage film, the place of ambivalence in melodrama, and the way post-Cold War culture can commemorate the so-called ‘end of history’, when the Berlin Wall fell and a new era of unconflicted individuality supposedly began.”

The Lives of Others has also one of the most beautiful endings in all of film history.