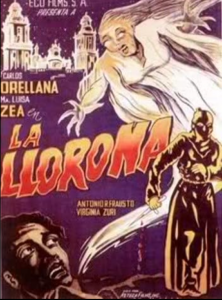 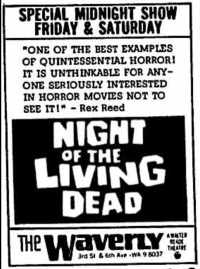 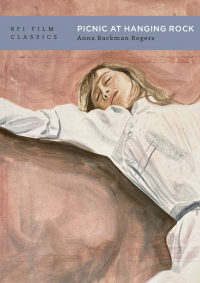 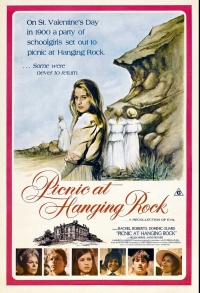 In our scariest Hallowe'en episode yet, Jeff Godsil recounts the Night of the Living Dead experience, while Matthew of KBOO's Gremlin Time joins us to discuss La Llorona, from Mexico, made by Ramón Peón in 1933, and in the book corner, a new BFI monograph on Picnic at Hanging Rock.

On St. Valentine’s Day, February 14th, 1900, a group of schoolgirls in Australia took a day trip to the landmark Hanging Rock. There, three of the girls and one of the teachers disappeared, though one of the girls was discovered later. The final trio were never seen again, and no one knows what happed to them or where they went.

None of this actually happened, of course, but the Hanging Rock itself with its strangely human looking facia inspired the imagination of Joan Lindsay, whose Jamsian novel Picnic at Hanging Rock was a sensation.  In 1975, director Peter Weir adapted the novel, and it in turn kickstarted or invigorated Australian national cinema.

Now as the film nears its 50th anniversary, the British Film Institute has issued a monograph on Picnic, by Anna Backman Rogers, who teaches in Sweden and has written books on independent cinema and on Sofia Coppola.

Ms Rogers begins by placing the reputation of the film, and chronicling its creation, giving special attention to role of Patricia Lovell as the producer.

“It was Lovell’s stalwart resolve and admiration for the complexity of Lindsay’s novel, as well as her impassioned faith in Weir’s abilities as a visionary director, and her absolutely dogged refusal to be disregarded by a male-dominated industry (an industry which, in return, expressed negligible faith in her skill as a producer at the time), that determined Picnic’s sure and steady path to the cinematic screen and its consequent advent into a national canon of film-making. That her assiduous labour on Picnic continued (and continues) to be muddied well after the film’s release – and its subsequent critical acclaim – is utterly depressing, yet all too tediously predictable. In 1995, she recalled that Picnic had become in the industry’s eyes a McElroy production and I  was after all a ‘new chum’ in the business … One of the film industry  leaders was quoted in a magazine saying that I was ‘just the girl who  read the book.’”

The author moves on to the difficulties of shooting the film at Hanging Rock, and the creative solutions of cinematographer Russell Boyd, then the sound and music design, including the “airy, yet precise melodic refrain of Zamfir’s panpipes [which] reminds us that we are in the territory of something ‘pagan’ and ‘ancient’,” noting that the film “has penetrated and remained within our collective cultural imagination, I suggest, because of one of the finest and most exacting calibrations between sound and image in cinematic history. ”

Next up is an analysis of the role of nostalgic, or the imposition of Victorian values on a pre-existing colonial culture, tied to a particular school of art: “As I sit here writing this book in 2021, during a period in history that is not only post-Mabo but has also ushered in a cultural and political reckoning with the physical and psychic damage of legacies of coloniality still bodied forth within people and writ large across land, it would be flagrantly negligent not to acknowledge the violence that these light-filled and exquisite portraits work so assiduously to conceal – a violence endemic, one might add, to the very project  of empire.“

On the so-called Heidelberg School that also influenced the look of the film, she writes, “It is perhaps ironic that in seeking to establish a modern Australian identity in keeping with the transition towards  federation, an art form that would come to be tied intrinsically to  a ‘national’ style of painting would invoke an artistic legacy such  as Impressionism that is so indelibly married to white European culture. In tying this form to an Australian milieu, these images  could not (and cannot) help but assert colonialism as the very  essence of the identity that they were (and arguably still are)  seeking to shore up: that is, the transposition of European (and especially British) values and cultural identity to the Australian landscape and the white population.”

This leads to a close analysis of the sequence when girls arrive at the base of Hanging Rock, concluding, “The exactitude of timing in Picnic – the year 1900, 14 February, 12 o’clock – bears further scrutiny. The characters are – unbeknownst to them – caught up in a world that is in transition politically and culturally. Portrayed, in effect, through a still-life tableau (iterated in the subsequent cut to a long shot which provides the graphic match to Ford’s painting), the film itself suggests that these are characters who represent an old guard, a vehemently Victorian society whose long-reigning monarch stands in for a sense of security gleaned from utter intransigence to change. This stasis, this sense of entitled arrogance – expressed openly by schoolgirl Edith, who believes that they are ‘the only living creatures in the whole world’ – is directly belied by the environment surrounding them, which is teeming with movement and life.“

This leads to the citation of Freud on the uncanny, drawing upon that equally Jamesian collected fiction by Sigmund Freud. Here phrases such as the The Imaginary and the Return of the Repressed start to pop up, but soon she comes back to practicalities with a close reading of the film’s most famous sequence, the ascent of Hanging Rock by the four girls.

“What is apparent is that this line is meant to be prophetic of, in particular, Miranda’s mysterious disappearance and her subsequent reinscription within memory. For it is precisely this moment in the film in which she is transformed into one of cinema’s most defining iconic images of youthful female beauty. The melody carried by the panpipes does, of course, help to cast this highly peculiar cinematic spell, but it is the transition from mid-shot (as Mlle de Poitiers’s point of view) to close-up (a position technically impossible for any of the characters) that renders Miranda as icon. Here, she is captured as an ideational representation in both the mind of Poitiers and that of the viewer; that the film will conclude on this image, which has been pulled into stillness by an increased frame rate and finally fades out, is significant. As such, the film imitates the way in which loss, especially of a loved one, is incorporated into memory as a moment out of time. This capture, psychologically, signals an attempt to wrest life from ‘time’s relentless melt’, but also to cover over the void left in the wake of death with a cherished (and fetishised) image that can never make good the lack. This kind of image is one created as a form of talisman against death as ultimate, unknowable and meaningless void (‘nothing to love or link with’).”

Further, “The sequence of dissolves effects a direct relationship between Miranda and Irma: two young women destined to have very different fates on the Rock. Whereas Miranda, having been recast as a totemic sacrifice to some arcane higher power, becomes the container for male phantasy and courtly desire precisely because of her absence, Irma returns as the repository of a dangerous and possibly carnal knowledge that threatens to rupture the ‘genteel’ carapace of civility so rigidly set in place at Appleyard College – a screen that obscures the wanton sadism and violence that fashions young girls into ‘ladies’.”

The author briefly considers Picnic as a murder mystery, at least in the view of the film’s screenwriter, and also as a thesis on courtly love, especially looking at the role of the character Michael in the film’s post-disappearance sequences, and decries Weir’s deletion of scenes portraying a failed relationship between Michael and Irma after her return, but one can see these scenes on the Criterion DVD

What follows is the pre-Raphaelite themes of women coming into their sexuality, and the disturbing link to the photography of underage girls in the work of photographer David Hamilton, which leads to the difficult task of distancing the photography from the David Hamilton look while acknowledging it’s essential place in the film’s construction:

“As such, what Picnic emphasises is the ontological instability of the image or any given representation: that there is a necessary gap between signifier and signified. In this image of Miranda before a ‘looking glass’, we do not merely revel in the appearance of a beautiful young woman who cannot return our gaze. Picnic refutes such simplicity of interpretation. To be clear, I am not arguing that Picnic stages a radical feminist intervention into the paradigm of the cinematic male gaze – patently it does not do so – but I do believe that these images are far more complex than merely constituting an invitation to take unadulterated pleasure in looking (which, I am quite sure, many viewers do feel, but if this is all they are doing and feeling they have, as far as I am concerned, missed most of what is actually unfolding on screen).”

Finally, Ms Rogers traces the influence on some subsequent films such as Innocence, 2004, The Falling, 2014, and most important, The Virgin Suicides, concluding:

“These are films which radically reconfigure the female rite of passage as one beset by viciousness, indifference and sadism; more subversively, these films argue that this is a form of deliberate cruelty promulgated by bastions of patriarchal culture, such as a gendered educational system, and even the nuclear family. They grapple directly with the consequences of making young women bear the unendurable weight of what I have referred to here as the ‘burden of iconicity’. They tell us that we should never be surprised to discover that refusal, silence, violence and death come as mutual ripostes to systems designed to walk young women into subjugation. They demand we prise open this beautiful veneer to expose the pitiless reality lying just beneath the surface, waiting to be brought out into the light. These images may be necessarily fictitious in nature, but what they ask us to reckon with is very real indeed … perhaps this is why so many of us are still being haunted by Picnic at Hanging Rock. Will you answer its call?”