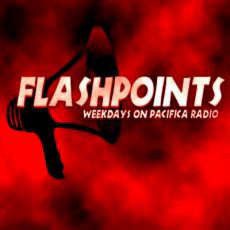 The realities of India are in sharp contrast with the image it projects internationally. For example, you probably haven't heard of the Rashtriya Swayamsevak Sangh, the RSS. It is a right-wing, Hindu nationalist, paramilitary organization. The RSS, with its millions of members, exerts enormous influence and power in India. Its political party is the BJP, the Bharatiya Janata Party led by Prime Minister Narendra Modi. The RSS is the progenitor and leader of a large body of organizations called the Sangh Parivar, which has a presence in all facets of Indian society. It promotes a Hindu supremacist ideology that is intolerant of India's minority communities, especially Muslims. India, particularly under the current regime of Narendra Modi is in Arundhati Roys words, "a dangerous place where a deeply flawed, fragile democracy has transitioned, openly and brazenly" into a criminal, Hindu-fascist enterprise.

Update Required To play the media you will need to either update your browser to a recent version or update your Flash plugin.
Download audio file
Topic tags:
Civil Rights/Human Rights, Global Affairs, Government/Politics, War/Peace