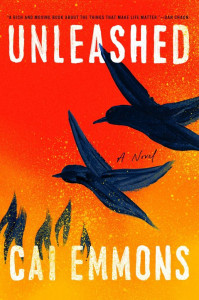 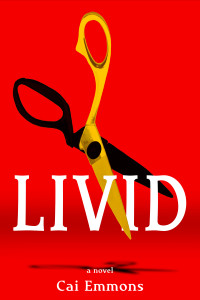 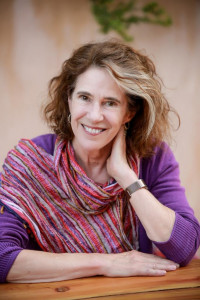 On today's episode, we welcome Cai Emmons, author of the new novels Unleashed from Dutton, and Livid from Red Hen Press.

Cai’s a fiction writer, playwright, and screenwriter, whose work includes the story collection Vanishing and the novels His Mother’s Son, which won an Oregon Book award for fiction, The Stylist, Weather Woman, which was a Nautilus Book Award winner, and Sinking Islands, a sequel of sorts to Weather Woman. Her short fiction and essays have appeared in TriQuarterly, Narrative, The Arts and Letters Journal of Contemporary Culture, Electric Literature, LitHub, and Portland Monthly.

Before turning to fiction, Cai wrote for theater, film, and television. Two of her plays were produced in New York theaters, she’s optioned numerous feature-length screenplays, and she wrote for the TV series The Trials of Rosie O’Neill.

In the words of novelist Dan Chaon: "Unleashed is deeply insightful about our current moment, the way we struggle to balance the quotidian conflicts of love and family with the apocalyptic thunderclouds ever-growing over our heads. Cai Emmons has written a rich and moving book about the things that make life matter, even during the darkest times."

Cai was diagnosed with bulbar onset ALS last year, a disease that took away her ability to speak. So she’ll be using a text-to-voice device, called Voice Keeper, for our conversation. Cai types in her responses and we’ll hear those through the device’s synthesized speech.

Update Required To play the media you will need to either update your browser to a recent version or update your Flash plugin.
Download audio file
Topic tags:
Arts/Culture, Animals, Class, Environment/Climate, Fiction, Humor, Women
Genre(s):
Arts and Culture