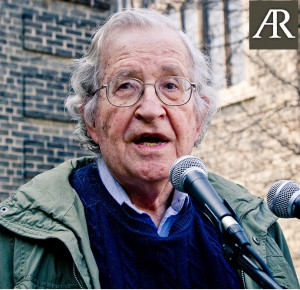 In his Letter from a Birmingham Jail, Dr. King memorably said: "We are caught in an inescapable network of mutuality, tied in a single garment of destiny. Whatever affects one directly, affects all indirectly". Our present precarious circumstances make Dr. Kings words abundantly clear. We face war, climate chaos, a pandemic, inequality, hunger and poverty. The perils confronting humankind are unprecedented. And always looming in the background are doomsday weapons that can destroy our precious planet. The threats are accumulating, Noam Chomsky says, We are approaching the most dangerous point in human history. We are now facing the prospect of the destruction of organized human life on Earth.

Alternative Radio, established in 1986, is an award-winning weekly one-hour public affairs program offered free to all public radio stations in the U.S., Canada, Europe and beyond. AR provides information, analyses, and views that are frequently ignored or distorted in corporate media. With headquarters based in Boulder, Colorado and with only two full-time and two part-time paid staff, AR airs on almost 300 radio stations.

Noam Chomsky, the legendary scholar activist, has been a leading voice for peace and social justice for many decades. The New Statesman calls him "The conscience of the American people." Author of scores of books, his latest are Consequences of Capitalism, Climate Crisis & the Global Green New Deal and Chronicles of Dissent.

Update Required To play the media you will need to either update your browser to a recent version or update your Flash plugin.
Download audio file
Topic tags:
Civil Rights/Human Rights, Economy, Global Affairs