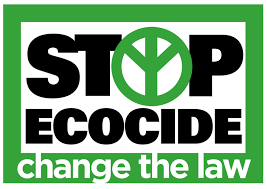 Stop Ecocide: Last month, the International Criminal Court (ICC) celebrated 20 years since it opened its doors in July 2002. The court recognized this anniversary date by discussing ecocide as a possible fifth crime in its statutes. In their Left & the Law segment, Jan Haaken and Mike Snedeker take up the ICC and the international Stop Ecocide campaign and the daunting challenges ahead for use of the court in prosecuting fossil fuel companies for wanton destruction of the environment.

The Community Pulse: Isis Harris is a skilled union electrician. Norm Diamond talks with her about an August 20 family event, one of three that are planned to promote BIPOC entry into construction jobs. With all the talk about promoting diversity in construction, and all the supposed initiatives, why are actual changes so slow in coming? The Community Pulse Series is a community-based effort, with fun activities and hands-on workshops, to go beyond what the industry and unions have tried till now.

Labor and the Environment, Part 1: Bill Resnick talks to Wendy Thompson, who after college took a job in the Detroit auto industry in the 1970s with the intention to help build radical caucuses within the United Autoworkers Union. Wendy reflects on how the challenges and opportunities to organize workers changed over the thirty plus years she was part of a radical movement within the UAW. This is part one of a two part interview. In the second part Bill and Wendy talk about increasing alliances between labor unions and climate activists.