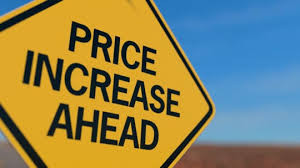 Inflation and its Cures: Inflation is rising. What’s the cause? What should be done? The Federal Reserve is raising interest rates, exactly the wrong cure for this inflation. Bill Resnick talks to Gerald Epstein, a left economist and professor of economics at University of Massachusetts-Amherst, who is critical of current economic management. They discuss the causes of current inflation and what should be done to halt it, to generate employment and growth, and what kind of jobs and growth we need. For more see C.J. Polychroniou’s interview of Epstein in Truthout: Hiking Interest Rates Protects Financial Assets of the 1% at Workers' Expense.

Youth versus ODOT: On May 20, 2022 thousands of Portland students walked out of school to demand bold action to address the climate crisis. The student strike targeted three local "climate villains": Northwest Natural, the Portland Business Alliance, Zenith Energy, and the Oregon Department of Transportation (ODOT). Jan Haaken talks with Adah Crandall, Calliope Ruskin and Liam Castles, organizers with Sunrise PDX’s Youth Vs ODOT campaign, about why they targeted ODOT as a climate villain and their reactions to recent City Council hearings on proposed freeway expansions. They also discuss dilemmas around holding politicians accountable in their pledges to take action on climate change. Adah Crandall (she/her) is the co-lead of Portland Youth Climate Strike and will be a senior at Grant High School this fall. Calliope Ruskin (he/they) will be a junior at Grant High School this fall. Liam Castles (he/they) is a member of the Portland Youth Climate Strike policy team and recently graduated from Cleveland High School.

¡Venceremos! July 26 is the Cuban national holiday. This July also marks the one-year anniversary of protests in Cuba against the government and its policies. On this segment of Another World Is Possible, Norm Diamond looks critically at contemporary Cuba. Can we be supportive without relinquishing our own judgement about the consequences of leadership policies? How are we to understand last year’s protests and the choices leadership has made in response? Given the tremendous obstacles the Cuban Revolution has faced and faces, what is the path forward?

Music on today’s Old Mole comes to us from Cuba: Silvio Rodriguez and Buena Fe.