The Movement to Electrify Everything 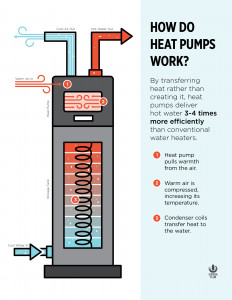 As the climate warms and the need to reduce carbon emissions reaches a crisis level, two issues converge: how do we keep ourselves safely cool during extreme heat waves while also reducing our carbon emissions?

On this episode of Locus Focus we talk with Greer Ryan, Oregon Clean Buildings Policy Manager with Climate Solutions, and Dylan Plummer, Senior Campaign Representative with the Sierra Club, about a recent study by Synapse Energy Economics which found Oregon would see over $1.1 billion in savings by transitioning buildings to run on highly efficient electric appliances instead of polluting gas. Apter and Plummer will discuss the implications of this study, and the growing movement in Oregon to electrify everything.

Update Required To play the media you will need to either update your browser to a recent version or update your Flash plugin.
Download audio file
Topic tags:
Activism, Community Building, Energy/Natural Resources, Environment/Climate, Government/Politics, Health