Mass shooters and their enablers, the demographic shift and the death spiral of white supremacy, with Scot Nakagawa 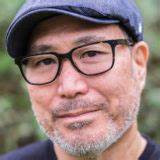 Scot Nakagawa is a 42-year veteran of social and economic justice advocacy and has served as
an organizer, political strategist, and social movement analyst in the struggle against
authoritarianism and for equitable and inclusive democracy since 1988.

Scot serves as co-director of the 22nd Century Initiative, a national strategy and action center
that is preserving and expanding the potential for inclusive, people-centered democracy in the
U.S. by building the field of resistance to authoritarian ideas and movements. He is a past Open
Society Foundations fellow, and Senior Fellow on Nationalism, Authoritarianism, and Race of
Race Forward: The Center for Racial Justice Innovation. He is also a writer whose essays on
authoritarianism and resistance can be found online in The Anti-Authoritarian Playbook.