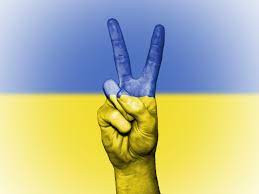 Can peace be achieved in Ukraine? Both Russia and the U.S. bear responsibility for that war. Bill Resnick and John Feffer discuss the forces, here and international, that could successfully demand a settlement. John Feffer is director of Foreign Policy In Focus at the Institute for Policy Studies. He has written a great deal, articles, books, does interviews. For 6 years he travelled in Eastern Europe and East Asia as an international representative for the American Friends Service Committee. In his 2017 book titled Aftershock: A Journey into Eastern Europe’s Broken Dreams (Zed Books/Bloombury) he examines Ukraine among the other East European states. And with the Russian invasion he has studied and written about the current war.

Update Required To play the media you will need to either update your browser to a recent version or update your Flash plugin.
Download audio file
Topic tags:
Activism, Global Affairs, Government/Politics, War/Peace