Shawn Levy, author of In On The Joke: The Original Queens of Stand-Up Comedy 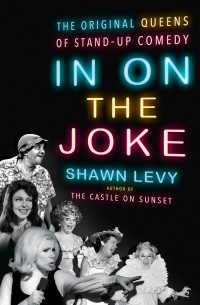 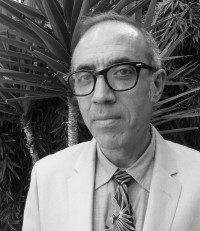 On today's episode, we welcome Shawn Levy, author of the new book In On The Joke: The Original Queens of Stand-Up Comedy, which charts the rise of women comedians from Moms Mabley’s start in black vaudeville in the 1920s, to the breakthrough mainstream success of Phyllis Diller and Joan Rivers in the latter half of the 20th Century. As well as a number of very funny and talented women, some famous, some almost forgotten, in the years between.

Shawn’s the author of eleven books, including Rat Pack Confidential, Paul Newman: A Life, King of Comedy: The Life and Art of Jerry Lewis, The Castle on Sunset, and, most recently, the poetry collection A Year in the Life of Death. He served as film critic of The Oregonian from 1997 to 2012 and KGW-TV from 2009 to 2016. A former senior editor of American Film and former associate editor at Box Office, Shawn’s work has appeared in the New York Times, the Los Angeles Times, the San Francisco Chronicle, The Guardian, Interview, Movieline, and Sight and Sound, among others.

In the words of comedian Margaret Cho, In On The Joke is “a seminal work on the incredible journey of women in comedy, past and present, for all of us hope there will be many more of us in the future.”

Shawn will be appearing at Portland’s Broadway Books on Wednesday, May 18th at 6:30pm PDT, and Book Soup in West Hollywood on Tuesday, May 24th at 7pm PDT.

Update Required To play the media you will need to either update your browser to a recent version or update your Flash plugin.
Download audio file
Topic tags:
Arts/Culture, Gender, History, Humor, Sexuality, Women
Genre(s):
Arts and Culture