Judge Jackson and the Court 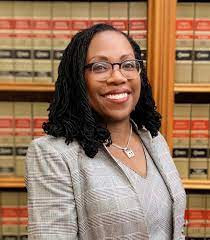 Despite the barrage of dog whistles and disrespect hurled at her by Republicans during the confirmation hearings, Judge Ketanji Brown Jackson will soon be confirmed as a Supreme Court Justice. In their Left and the Law segment, Jan Haaken and Mike Snedeker discuss the import of Judge Brown Jackson's seating on the Court and how her background and work as a public defender may influence the Court. They also discuss the reactionary history and current direction of SCOTUS and likely anti-democratic upcoming decisions.

Update Required To play the media you will need to either update your browser to a recent version or update your Flash plugin.
Download audio file
Topic tags:
Movement for Racial Justice, African American, Law/Court/Crime