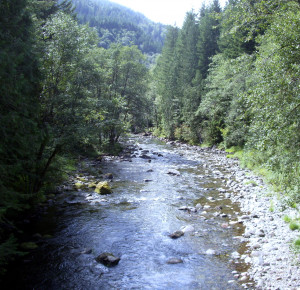 It's been 50 years since the landmark environmental law, the Clean Water Act, was passed in 1972. It was an ambitious piece of legislation, and it made a real difference in some of the most polluted waterways in the U.S. But a new report from the Environmental Integrity Project shows that half a century later, the promises of the Clean Water Act have only been half kept.

Their research ranked Oregon as #2 in the U.S. for the most miles of rivers and waterways that aren't safe for swimming or recreation.

Eric Shaeffer is the Executive Director of the Environmental Integrity Project and co-author of the report, "The Clean Water Act at 50: Promises Half Kept at the Half Century Mark." KBOO's Althea Billings reports.

Update Required To play the media you will need to either update your browser to a recent version or update your Flash plugin.
Download audio file
Topic tags:
Environment/Climate, Government/Politics, Science/Technology