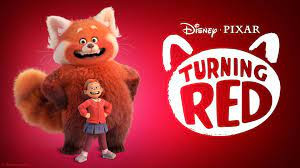 The new animated film, Turning Red, is the first film in decades of Pixar productions that was created by a female director, as well as by a primarily female artistic team. Chinese-Canadian filmmaker, Domee Shi (Dough-may Shee), directed the film, as well as writing the screenplay along with Julia Cho. Set in the Chinatown of Toronto where Shee grew up, Turning Red is a coming of age story that unfolds around intergenerational relationships of girls and women. In their Movie Mole review, Joe Clement and Jan Haaken look at Turning Red through a feminist lens and they talk about how the film takes up psychological aspects of girlhood.

Update Required To play the media you will need to either update your browser to a recent version or update your Flash plugin.
Download audio file
Topic tags:
Arts/Culture, Film, Asian Pacific American, Women