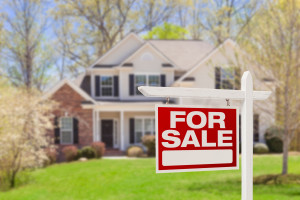 The 2021 law was the first of its kind in the nation. It prohibited buyers from providing “love letters” and personal photographs to home sellers as a way to improve their chances of getting the house they want. Supporters of the bill say these letters perpetuate housing discrimination by revealing a buyer’s race, religion, sexual orientation or marital status.

Shortly after the law passed, the conservative Pacific Legal Foundation filed a lawsuit on behalf of the Bend-based Total Real Estate Group, alleging that forbidding these communications violated their first amendment rights.

Hernández’s legal opinion acknowledges Oregon’s “long and abhorrent history” of racist housing discrimination. He points to laws that outright prohibited people of color from owning land in oregon, as well as governmental policies and industry practices that continue to enable housing discrimination to this day. However, Hernández said he did not think the bill could stand against a first amendment claim in court, mostly because it is too broad. Instead of specifically prohibiting love letters, the law bans all written communication outside of “customary documents.” The law doesn’t specify what “customary documents” include.

Hernández suggests two alternatives that were originally included in Pacific Legal Foundation’s claim: lawmakers could allow love letters but require real estate agents to edit out any information that could reveal the buyer’s race, religion, sexual orientation or marital status, on top of that, lawmakers could prohibit buyers from providing personal photos to sellers.

With this preliminary injunction, HB 2550 can’t be enforced until Hernández makes a final decision.