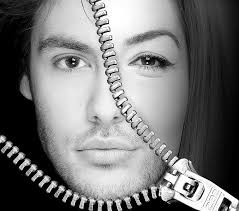 The New Cold War: Since the disintegration of the Soviet Union, the U.S. led NATO has been advancing toward Russia by adding new countries, including Hungary, Poland, Romania, Turkey and placing military bases armed with nuclear weapons in some. NATO's overture to the Ukraine terrified and inflamed Russia and awoke its chauvinism. For historical reasons no Russian government could accept that. And now our armchair warriors and the military industrial complex have gotten what they have long sought, a new cold war weakening Russia and warning China not to extend its sphere of influence. Bill Resnick talks to David Finkel, editor of Against the Current and prolific writer on U.S. domestic and foreign policy, on the roots of the Ukraine war, how it can be contained short of world war, and how to revive the international peace movement aligned with climate action movements to avoid the great threat of climate apocalypse.

Indigenous Futurisms: In recognition of Women's History Month, Jan Haaken talks with Grace Dillon about history and emancipatory visions of the future.  Dillon is Professor of Indigenous Nations at Portland State University and coined the term Indigenous Futurisms, paying homage to Afrofuturism.  While uncovering history is vital to the struggle for sovereignty and social justice, Dillon explains how Indigenous people are often cast by white settler culture as buried in the past or frozen in time.  As a literature scholar of Anishinaabe descent, Dillon's work weaves Native traditions and imagery into futuristic settings.  She edited the anthology Walking the Clouds: Indigenous Science Fiction.

Introducing Myself: In honor of International Women’s History Month, Norm Diamond presents a performance piece by Ursula K. Le Guin on the non-recognition of women in history. Ursula insists, therefore, that she must be a man, although not a very good one. As well as gender, the piece addresses issues of aging. Le Guin originally wrote “Introducing Myself” as a performance piece in the 1980s, later revising it for inclusion in her essay collection, The Wave in the Mind: Talks and Essays on the Writer, the Reader and the Imagination. For our listenership in 2021, Norm slightly revises the published piece. This segment originally aired on March 15, 2021