Who will own the sun and wind? (Part Two) 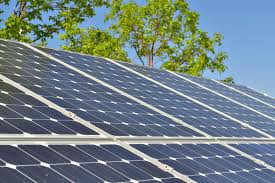 Today across the planet two familiar forces — corporate capital and the broad left — are furiously contesting for the resources and authority to direct the mobilization necessary to restore a habitable planet in the little time that remains. In part one of this two part interview, Mole Bill Resnick spoke with M.V. Ramana, a physicist and energy researcher. They examined corporate plans, critiquing their reliance on nuclear power and natural gas, unproven technologies like carbon dioxide capture, market mechanisms like offsets, and geoengineering. They also discussed the left’s energy program — community energy networks that are far faster to construct, far less expensive, and far more reliable than the corporate systems. Public and democratically run, they are very popular in areas where they exist. Today Bill Resnick continues his discussions with Dr. Ramana on how the left might prevail in the struggle. Part one of the interview is available here: Who will own the sun and wind?

Update Required To play the media you will need to either update your browser to a recent version or update your Flash plugin.
Download audio file
Topic tags:
Activism, Corporations, Energy/Natural Resources, Environment/Climate