Only in Oregon - the Political Cartoons of Jesse Springer 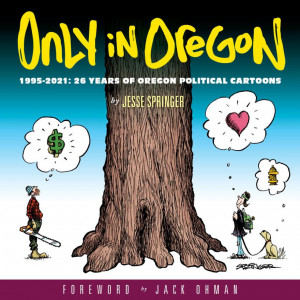 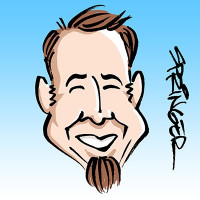 Only in Oregon: 26 Years of Oregon Political Cartoons is the new collection from cartoonist and graphic designer Jesse Springer, who’s been chronicling the unique foibles of statewide politics for over a quarter of a century from his drawing board in Eugene.

Jesse joins S.W. Conser to talk about the passions that drive his art, his forays into newspaper comic strips, and his friendship with former Oregonian cartoonist Jack Ohman, who wrote the foreword for his book.

Update Required To play the media you will need to either update your browser to a recent version or update your Flash plugin.
Download audio file
Topic tags:
Arts/Culture, Media, Government/Politics, Humor
Genre(s):
Arts and Culture