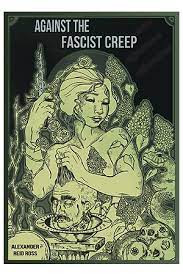 Alexander Reid Ross is an investigative journalist, who, for nearly a decade, has studied the radical right and the dangers it poses. In 2017 he wrote the book Against the Fascist Creep. Today that creep has become a gallop. Led by Trump and his friends, close to a majority of the U.S. population believes the presidential election was stolen by the Deep State, in league with the Democratic Party, in order to take away our guns and freedom and reduce us to vassals. Bill Resnick and Alex Reid Ross discuss what can be done to counter the radical right, gain state power, and construct the sustainable and democratic society that most U.S. North Americans desire.

Update Required To play the media you will need to either update your browser to a recent version or update your Flash plugin.
Download audio file
Topic tags:
Activism, Civil Rights/Human Rights, Government/Politics

END_OF_DOCUMENT_TOKEN_TO_BE_REPLACED

Wednesday Talk Radio
Guam, the Philippines and the accelerating militarization of the Pacific