Native Storytelling in the Film Antlers 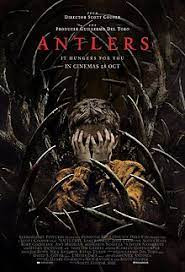 Jan Haaken talks with Grace DiIlon about Antlers, a film set in a decaying mining town in Oregon where people are threatened by Wendigo, a cannibalistic character that has deep roots in Native storytelling. Grace served as an Indigenous advisor to the film and she talks with Jan about how this story was taken up in the film and what was important about the character as portrayed as allegory. Grace Dillon is professor of Indigenous Nations Studies at Portland State University and coined the term, Indigenous futurism, paying homage to Afrofuturism, which weaves in traditional knowledge and culture with futuristic ideas and settings.

Update Required To play the media you will need to either update your browser to a recent version or update your Flash plugin.
Download audio file
Topic tags:
Film, Arts/Culture, Indigenous