Why Hanford Does Not Need Anymore Nukes 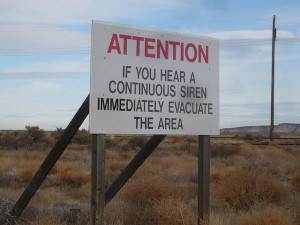 This program originally aired on October 18, 2021

The Hanford Reservation is one of the most polluted places in the world. For over 40 years, the United States produced plutonium there for nuclear weapons, and released hundreds of billions of gallons of liquid chemical and radioactive waste into the soil and groundwater. Now a new small modular nuclear reactor is being proposed at Hanford—already home to the largest nuclear cleanup in the United States.

On this episode of Locus Focus we talk with Lauren Goldberg, legal and program director with Columbia Riverkeeper, about a new report that Columbia Riverkeeper has released, exposing the critical dangers of operating this new small modular nuclear reactor.

Learn more about how to stop new nuclear reactors at the Hanford Reservation.

Update Required To play the media you will need to either update your browser to a recent version or update your Flash plugin.
Download audio file
Topic tags:
Activism, Environment/Climate, Government/Politics, Health, Indigenous