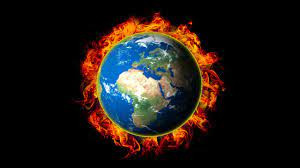 U.S. Investor Owned Utilities including PGE and Pacific Power were informed by their researchers and independent scientists as early as 1968 that burning fossil fuels could generate global warming disaster. The Utilities cooperated with their fossil fuel industry partners to suppress this research, and indeed contributed to climate change denial propaganda efforts. And as alternative solar and wind energy developed and became advantageous to homeowners, the Utilities used their billions for political contributions and lobbyists to enact laws and gain Public Utility Commission rulings to stifle the building out of local sun and wind energy.  PGE and Pacific Power were particularly influential such that Oregon is well behind California and Washington in alternative energy development. Bill Resnick talks to Dave Anderson, the policy and communications manager for the Energy and Policy Institute that uncovered much of this history.

Update Required To play the media you will need to either update your browser to a recent version or update your Flash plugin.
Download audio file
Topic tags:
Activism, Environment/Climate, Corporations, Energy/Natural Resources, History

END_OF_DOCUMENT_TOKEN_TO_BE_REPLACED

Wednesday Talk Radio
Guam, the Philippines and the accelerating militarization of the Pacific