Dystopias new and old are the order of the day this week on Film at 11, for Friday 12 November, 2021 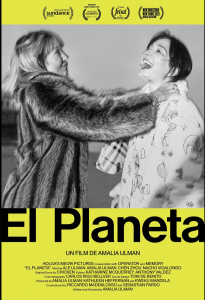 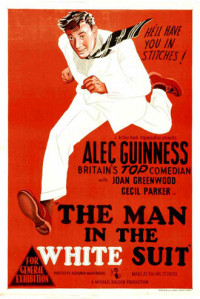 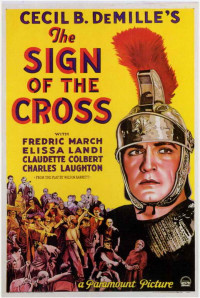 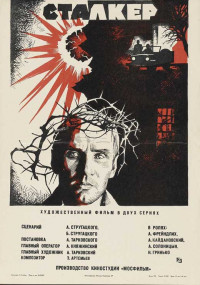 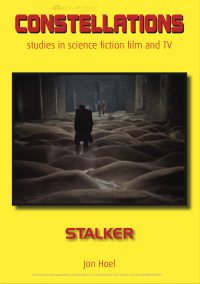 Among new movies is  Britta Gordon on El planeta, and Jeff Godsil describing Cecil B. de Mille's The Sign of the Cross, with Matthew of KBOO's Gremlin Time re-visiting The Man in the White Suit, and in the book corner, a new monograph on Tarkovsky's Stalker.

Andrey Tarkovsky is one of the most respected of international directors, but I would guess one who is little seen among them. His films are revered by both film students and filmmakers and has been an influence on them from Kubrick to von Trier.

Yet few people I know have ever seen any of his significant movies, including Andre Rublev, The Sacrifice, or his most “popular“ film Solaris, which is ostensibly a science-fiction film.

Those who love him do so unwavering. Anecdotally I know a lover of the film who named his cat  Stalker after that film’s main character. Resistance to Tarkovsky may due to the fact that, though a resident of the Soviet Union, he was a man of profound Christian and ofttimes mystical Christian beliefs.

Yet there are some 15 to 20 books about him and a few by him in English, a sizable number for a filmmaker who only directed seven feature films. Now the latest is Stalker in the Constellations series published by Liverpool University Press and written by John Hoel, a New England essayist and poet from Sarah Lawrence who teaches English in New York City.

Like other big operatic films, such as Once Upon Time in America, at root the story is simple. A guide leads two men into the heavily protected and closed off Zone in an unnamed country. Their goal is a room in an abandoned house, which when entered grants wishes. One of the seekers has a hidden agenda, however, and yet the trio make it back, and only Stalker’s secret wish seems to be granted.

If you’ve managed to make your way through the lengthy and extremely slow paced Stalker, you will appreciate the detail and clarity that Mr. Hoel brings to the film. He starts out with a helpful plot summary, then focuses on the four principal characters and the performers who played them, offering crucial insight into what their characters mean to the overall pattern of the film.

In this chapter he also includes that rarity, words of criticism directed toward Tarkovsky‘s work, in particular his under use of female characters or his seeming misogynistic attitudes towards those who appear in his films, and explains Tarkovsky’s motif of writhing women, which pops up in at less three of his fils, including this one.

Next he analyses the Zone itself and fruitfully compares Stalker to Solaris, and its anticipation of Chernobyl and other less-known Soviet nuclear zones, then Stalker’s color v. B&W sequences, the motifs of the dog, water,  and plant life, the use of sound effects and silence, and Beethoven at the end, then the subject of faith in the film, and his use of poetry in the narrative.  There’s an afterward, a bibliography, and a list of  films cited including:

The Color of Pomegranates (Sergei Parajanov, 1965)

The Killing of a Sacred Deer (Yorgos Lanthimos, 2017

As he writes, “the film asks a lot of you as a viewer, demanding focus and often invoking its visual and mental inquiry—dogged religious imagery darts in and out of shots of the Zone, and while dialogue is sometimes sparse in the film, it is almost always spoken in long, serious soliloquys, with intent and importance. It is an incredibly thoughtful film that pools together philosophies stretching across both cultures and timespans—as ancient as Taoism, and recent as 20th-century contemporaries of Tarkovsky himself. Philosophical echoes of Kierkegaard, Nietzsche, Husserl and Dostoyevsky dart in and out of the film’s narrative … As Tarkovsky also said, the purpose of art must is to harrow the soul in preparation for death. Stalker is where he comes closest to this objective.”

Unfortunately as with other books in this and other series there is the occasional typo or wrong word used which can be confusing until you go back and reread the sentence for context.

On the other hand, it’s not a dry or academic book. I would recommend in addition  Mark le Fanu’s The Cinema of Andrey Tarkovsky from the BFI in 1987, which is also one of the best critical studies of the director, and Geoff Dyer‘s hilarious and allusive work Zona: A Book About a Film About a Journey to a Room from Pantheon in 2012. At one point Mr. le Fanu gives us a superb summary of what Stalker is all about:

“Transferring the parable-within-a-parable to the fortunes of the three men on the screen, we arrive at a schema like the following: the Writer and the Scientist, men of reason and language, journey to the edge of possibility but are unable to make the final crossing. They are unable to find within themselves the profound humility which makes faith bountiful. In a way their articulacy itself holds them back, just as their expertise renders them ineffectual. In short, they can’t, at bottom, summon up the life and death sincerity which converts desire into fruition. In the case of Stalker, by contrast, humility of soul is untainted by worldliness. His heart is empty of egotism. He is the “weak” man, the uninsistant one, the pilgrim. For this reason alone it becomes possible for his prayers to be granted.” Page 95

For his part Geoff Dyer admits that Tarkovsky’s own writings can be a little dense, terribly hard to follow, and sometimes nonsensical.

All in all these three books will tell you much you need to know to help you appreciate Stalker if you have the inclination to watch a three-hour ostensible science-fiction film which seems static but in which the camera is constantly moving.