Interview with Kurtis Blow on the Hip Hop Nutcracker 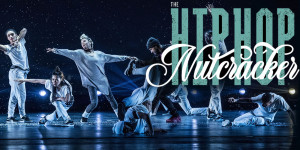 A fusion of classical and hip-hop, Tchaikovsky’s 129-year-old ballet is reimagined as a holiday dance spectacular in The Hip Hop Nutcracker, hitting the road for a seventh season, with a stop at Portland’s Keller Auditorium.

The production features hip hop pioneer Kurtis Blow, the first rapper to be signed by a major label in 1979. We had Kurtis on the show to talk about 42 years of rap, his heart transplant, and performing as the MC of The Hip Hop Nutcracker.