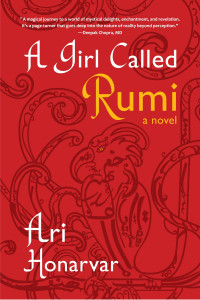 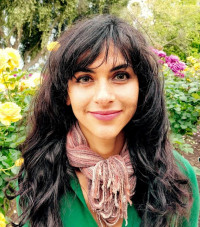 This is our very first episode of Jonesy. We’ll be bringing you conversations with some of the most interesting people in the world of literature, radio theater, podcasts, music, and humor, on every 2nd and 4th Thursday of the month from 11am to 11:30am PT.

Our guest today is Ari Honarvar, author of the new novel A Girl Called Rumi, from Portland’s Forest Avenue Press. Ari is an award-winning writer, visual artist, and speaker. Her work has appeared in The Guardian, The Nation, The Washington Post, Parents magazine, and Newsweek, among others. As an activist, she’s the vice president of the human rights coalition Gente Unida,  the founder of the Drop Poems Not Bombs project, and the creator of Rumi With A View, a website dedicated to building music and poetry bridges across borders and cultures. A Girl Called Rumi is her debut novel.