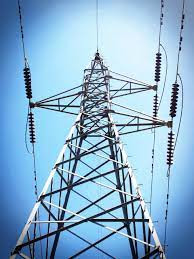 In the conclusion of a two part interview Bill Resnick and Al Weinrub discuss the future of the energy grid. In part one they compared the two contesting plans for stopping climate cataclysm. They argued that the corporate plan, with its huge, remote nuclear plants and sun and wind farms, connected to the cities by a fantastically expensive continent-spanning super grid, would hardly get off the ground in the time available. In contrast, the left plan, already operating in some cities around the globe, involves a decentralized network of community-based sun and wind installations near the point of use. It is proving to be far more reliable, less expensive, and faster to build out than the corporate disaster in the making. In part two, Bill and Al talk about how climate action movements could mobilize the necessary resources, despite the short timeframe and ongoing corporate dominance of the economy and state. Physicist Al Weinrub recognized early on the dangers of global warming. He left an academic career to become a community organizer to help build a movement that could lead the reconstruction necessary to save us from unimaginable catastrophe on an uninhabitable planet. He co-founded and serves as coordinator for the Local Clean Energy Alliance of the Bay Area. He has written several books on California energy including the classic book, Community Power: Decentralized Renewable Energy in California and co-edited the book Energy Democracy.