The Monster Who Came up the River 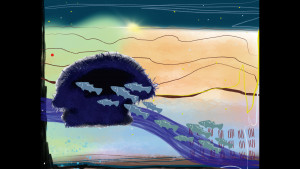 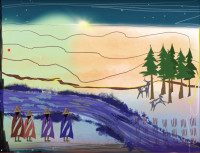 Native peoples hold rich traditions of storytelling, passed on by elders from one generation to the next. These stories speak of resilience, wisdom, and lessons in survival, but they also offer cautionary tales. In this special program, documentary filmmaker Jan Haaken speaks with Don Sampson, Peo-peo-mox-mox Chief of Walla Walla peoples, former chairman and executive director of the Confederated Tribes of the Umatilla Indian Reservation, and current climate change project director for the Affiliated Tribes of Northwest Indians. Sampson reflects on the role of Native storytelling in responding to the climate crisis and in educating on climate issues. The program pays special tribute to beloved departed Umatilla storyteller Esther Motanic with a reading of "The Monster Who Came Up the River" and discussion of her life and work. Haaken and Sampson talk about why this story was selected to be included in a documentary film currently near completion, titled "Necessity Part II: Rails, Rivers and the Thin Green Line," directed by Haaken and Associate Produced by Cathy Sampson-Kruse (Waluulapum Band of the CTUIR), who is also featured in the documentary. This piece was produced by Lily Sheoships for KCUW Radio – Umatilla Reservation Community Radio. It was edited for the Old Mole by Denise Morris.

Update Required To play the media you will need to either update your browser to a recent version or update your Flash plugin.
Download audio file
Topic tags:
Arts/Culture, Indigenous

The World of Jazz
Eyewitness To Jazz History: George Wein

END_OF_DOCUMENT_TOKEN_TO_BE_REPLACED

Words and Pictures
A People's History - from the Archive