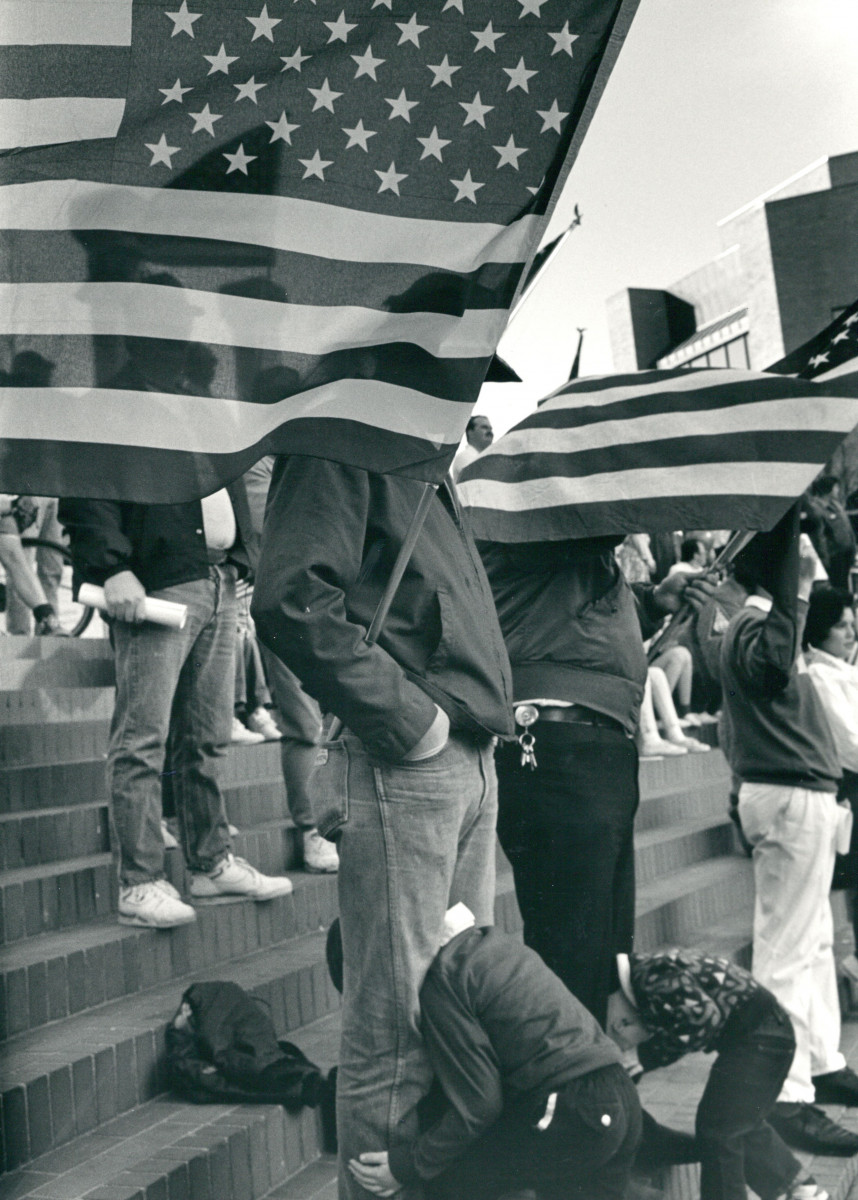 Photo by Bette Lee (see below)

Everyday Democracy: Bill speaks with Nancy Rosenblum, Harvard University Senator Joseph Clark Professor of Ethics in Politics and Government emerita, who wrote the book Good Neighbors: The Democracy of Everyday Life.  Together they explore everyday democracy,  neighborly as well as the liberatory democratic currents in parenting, sexuality, civic life, gender relations, even race relations and the workplace, that still have the initiative in U.S. life, though furiously resisted. They discuss the relationship of everyday democracy with our periodic electoral democracy: voting on candidates or ballot measures that set public policy and make political decisions. You can't have one without the other.

What About Simone? Sharon Grant comments on the Olympian Simone Biles and the controversies swirling around her withdrawal from competition.

Take What You Can Carry: In 1979, an aspiring photojournalist accompanies her Kurdish boyfriend to Iraq, and soon finds herself involved in events she is totally unprepared for: arrests and imprisonments, attacks in the night by government forces, and no one to turn to for relief. Book Mole Larry Bowlden reviews this harrowing and yet beautiful tale, based on real events.

Thirty Years in the Streets of Portland: To kick off our retrospective of Bette Lee’s photographic work, Patricia Kullberg interviews the activist with a camera about three decades of capturing images of the demonstrations, strikes, protests and direct actions that Portland is famous for. Vist our KBOO blog on Bette to see her photos and commentary. Visit the Old Mole on Facebook to view more of her work.

Bette comments on her image above: Ironically, an image I photographed at a pro-Gulf War rally in 1991 turned out to be an anti-war image.  It shows two huge American flags covering the faces of the two white men carrying them. Their two young sons, who were probably bored and just goofing off, have stuck their heads between their fathers’ knees. The huge flags which dominate the image, and the juxtaposition of the headless fathers with their headless sons, symbolize the power of nationalism in America. Its ideology has tremendous power to obliterate critical or independent thinking. It demands submission without question or doubt. It’s a religion that is passed down from fathers to sons, compelling them to march off to fight and/or die in endless wars that they know very little of, except what they’re told to believe.