The Abuse of Outer Space 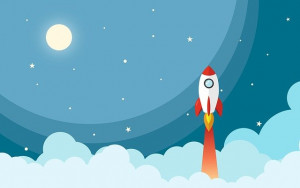 Bill Resnick interviews Bruce Gagnon, co-founder and coordinator of the Global Network Against Weapons and Nuclear Power in Space, that seeks to protect space from the predators and militaries. They discuss the many abuses of outer space now taking place or planned:

Abuse #1: theatre of the absurd, we’ve seen it on TV the last several weeks, two of the three competing boy billionaires rocketing off into space to get a glimpse of the earth before returning to this spoiled planet, to display themselves as visionaries and heroic pioneers, and maybe make some extra bucks out of adventure tourism.

Abuse #2: space is now an arena of conflict with the U.S. military seeking to maintain dominance but the pesky Chinese and maybe the Russians challenging them. Mass surveillance is one major function.

Abuse # 3: all these uses/abuses create space junk and pollution, like what’s happening to our oceans, with potentially great but still unknown consequences for life on this planet.

Bill and Bruce also discuss what must be done.

Update Required To play the media you will need to either update your browser to a recent version or update your Flash plugin.
Download audio file
Topic tags:
Activism, Environment/Climate