Elections and the International Right 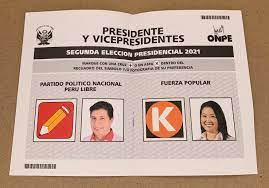 Bill Resnick speaks with Jo-Marie Burt of the Washington Office on Latin America about the ominous situation in Peru, where a right- wing party has refused to accept a national election defeat. After a bitter campaign, they adopted Trump's strategy and rhetoric, that the voting was fraudulent and that they won the election. They have also appealed to the army, which has considerable right wing leadership, to recognize their candidate as the new President. If this succeeds, and especially if the right takes over in the U.S., this could become the game plan of the international right: to annul elections, run countries in partnership with the army and police, and call for new elections only after rendering the left impotent. Bill and Jo-Marie Burt conclude discussing what can be done to defeat this strategy.

Update Required To play the media you will need to either update your browser to a recent version or update your Flash plugin.
Download audio file
Topic tags:
Elections, Civil Rights/Human Rights, Global Affairs, Government/Politics

END_OF_DOCUMENT_TOKEN_TO_BE_REPLACED

Locus Focus
The Last Days of the Dinosaurs