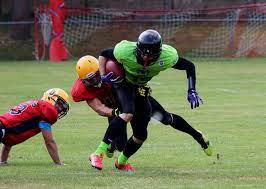 Our well-read red, Patricia Kullberg, shares a piece by Dave Zirin on the National Football League’s race-norming of cognitive testing, which has meant that Black players must be more cognitively impaired than their white counterparts to qualify for the same compensation for traumatic brain injury. The NFL’s use of race-norming continues a long and pernicious tradition of casting African-Americans as physiologically different and usually inferior to white people in order to justify brutal repression and other racist practices that have continued well into the 21st century. Dave Zirin writes and publishes widely about the politics of sports. His article, “The NFL’s institutionalized racism is just one part of a massive problem” was published online by MSNBC, on June 8, 2021. For more on race-based medicine, see Patricia’s interview of medical student Naomi Nkinsi about other race-based corrections and algorithms deployed in clinical medicine to the detriment of African-American well-being.

Update Required To play the media you will need to either update your browser to a recent version or update your Flash plugin.
Download audio file
Topic tags:
Movement for Racial Justice, Health, History