The U.S. Supreme Court announces it will hear Mississippi's case to ban abortion after 15 weeks 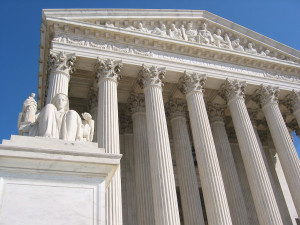 On May 17th, the U.S. Supreme Court announced that it will hear a case from Mississippi regarding a law to ban most abortions after 15 weeks. Beginning likely in October, the majority conservative court will hear an abortion case about the pre-viability of a fetus for the first time since Roe V. Wade.

If this case passes in the U.S. Supreme Court, in a state that only has one clinic that provides abortion and already strict mandates on the procedure, it will have an immediate ripple effect through the U.S.

Many states are already geared up and have been for years now, with what is called "trigger laws." Meaning, that if the court passes Mississippi's law, at least 11 states and counting will automatically ban abortion.

KBOO's Claire Rischiotto spoke with Jenny Brown, the author of "Without Apology: The Abortion Struggle Now," and the national organizer of the National Women's Liberation. Brown, a feminist activist, has worked for years to push for progressive legislation including making Plan B, the emergency contraceptive pill, available over the counter and without age restrictions.

Update Required To play the media you will need to either update your browser to a recent version or update your Flash plugin.
Download audio file
Topic tags:
Activism, Health, Law/Court/Crime, Women