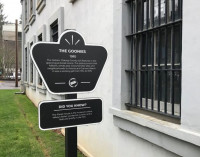 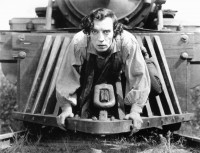 Filmmaking in the Pacific Northwest goes back well over a century, and the movies made in Oregon tend to be more experimental and quirky than the typical Hollywood fare.  Meanwhile, audiences in Oregon tend to be more supportive of their theaters than their counterparts elsewhere.  Thanks in part to a small group of film buffs, preservationists, industry boosters, and other creative minds, Oregon's reputation as a destination for film production and exhibition is finally being recognized.

Tim Williams is the Executive Director of the Governor’s Office of Film and Television, better known as Oregon Film.  Mac Burns is the Executive Director of the Oregon Film Museum in Astoria and has been instrumental in the building of the Oregon Film Trail.  And Ryan Graves is a filmmaker and Business Relationship Manager at Proludio, a developer of theatrical playback systems for cinemas that can’t afford high-end digital projection equipment.

S.W. Conser leads our guests in a round-table discussion of Oregon's wide-ranging film history, the growth of regional and independent film production as technologies evolve, and what's next for the narrative arts scene after a year of pandemic lockdown.

An expanded web-only version of this episode, featuring an extra 20 minutes of content, is available at this link.

Update Required To play the media you will need to either update your browser to a recent version or update your Flash plugin.
Download audio file
Topic tags:
Arts/Culture, Media, Film, Community Building, Economy, History
Genre(s):
Arts and Culture