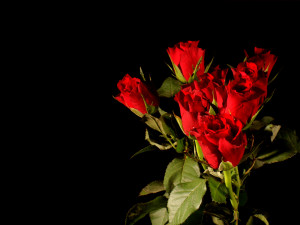 Folks of every brand of religion believe that they espouse peace, but do not always live up to it.  Even atheists that 'only believe in science' have committed human atrocities and failed to get along.  When I look at my own religion, I see that the yearning for peace is strongest during times of persecution.  When we Jews are the other, we can see the otherness of others who view themselves so.  The written Tanach mostly saves peace talk for those who we would label as having clinical varieties of dissociation.  The Holy Prophets, whom I deeply believe in, who could see the Emes or truth, were these people.  That makes this Emes even more powerful.  Who could receive the frequency of God but one that could process in a different way than everyone else?  I searched the Torah and could not find a single instance where a square talked about peace for its own sake.  Peace is either relegated to a king yearning for the wars to end or the ones who we would silence, drug up, and hospitalize.

Isaiah states that Torah will come forth emanating from Jerusalem.  The future Mashiach will settle all disputes of the nations, and the swords will be forged into gardening tools (Isaiah 2:3-4).  Over the centuries we Jews have longed for this kind of peace.  Every Jewish Siddur or prayerbook is filled with prayers of peace.  How could Isaiah, almost 3000 years ago, have imagined that the same calls to anger, hate, mistrust, and otherness, would still be around in our current year of 5781, in the same place, with the same beefs?  The ones who lead us on any shore where we reside, do not lead us in a vacuum.  We animate them as manifestations of our collective being.  The idea of Mashiach and a time of Shalom can only happen if people in the here and now can tip over the shalomO’meter in waves of enormous magnitude.

Stop hating the other!!  Love one an-other!! Listen to one an-other!!  **Newsflash, when people get their basic needs met with the ability to pursue life, liberty, and joy, ‘they’ are happy, and ‘they’ carry a smile.  Its common sense.  Oy

Update Required To play the media you will need to either update your browser to a recent version or update your Flash plugin.
Topic tags:
Music, Faith/Religion/Spirituality, Arts/Culture, War/Peace
Genre(s):
Spiritual, World - Ethnic, Spoken Arts, Arts and Culture