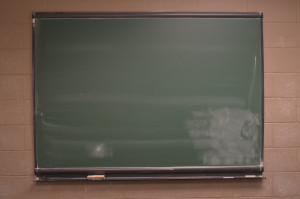 For the first time Imagine Black, formerly known as PAALF, a Black-led organization that advocates for racial equity in Oregon, is endorsing candidates who are running for the School Board and Special Districts Election in Oregon.
The nonprofit is endorsing candidates who have promised to not accept any police-affiliated endorsements or funding. These candidates include incumbent Robyn Stowers, Jasia Mosley, Erica Fuller, Jaime Cale, and Tai Harden-Moore.
Imagine Black has consistently been a pivotal force in the Portland activism community to raise awareness about issues that Black Oregonians face. And in the past year, along with other local organizations, Imagine Black successfully influenced the city to remove school resources officers from Portland Public Schools after years of scrutiny that officers unfairly target and mistreat students of color.
KBOO’s Claire Rischiotto spoke with Joy Alise Davis, the executive director of Imagine Black, and

Esperanza Tervalon-Garrett, a board member of Imagine Black.

Update Required To play the media you will need to either update your browser to a recent version or update your Flash plugin.
Download audio file
Topic tags:
Activism, Elections, African American, Education, Youth