The Myth of Small Safe Nukes 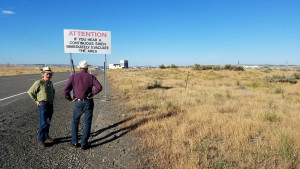 In 1980, Oregonians passed a ballot measure prohibiting the siting of any new nuclear power plants until there is an operating federal repository for high-level nuclear waste. The law also requires a vote before any future nuclear facility is approved. Forty years later still no federal waste repository exists nor is there a chance of one being created in the foreseeable future. But now there are companion bills in the Oregon State Senate and House that would create exemptions from both the nuclear waste and public vote provisions of the 1980 measure that would allow the construction of small nuclear reactors in Oregon.

On this episode of Locus Focus, we talk with Damon Motz-Storey, Healthy Climate Program Director, with Oregon Physicians for Social Responsibility about why so-called small modular nuclear reactors are just as dangerous and irresponsible as the larger reactors that Oregon law banned in 1980.