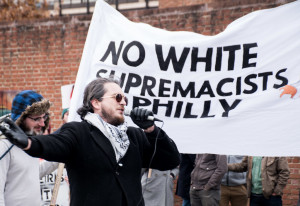 Countering the Far Right: Bill Resnick interviews Michael Zeller about the demobilization of far-right, white supremacist demonstrations and marches, in particular the role of counter-mobilization by the left, including very large and dramatic challenges at white supremacist events to demonstrate overwhelming popular opposition. They also discuss the importance of decisively defeating white supremacist political parties in electoral contests, and how that can be done. Zeller is a doctoral candidate in Political Science at Central European University, who is researching counter-mobilization against far- right demonstrations. He also works on the project, “Building Resilience against Violent Extremism and Polarization,’ or BRaVE.

Update Required To play the media you will need to either update your browser to a recent version or update your Flash plugin.
Download audio file
Topic tags:
Activism, Movement for Racial Justice, Elections, Government/Politics