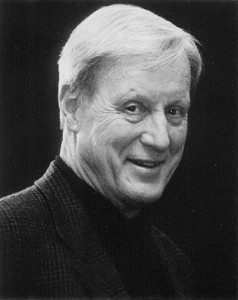 Recent video from Hedrick regarding his good friend and famed journalist Neil Sheehan and their experiences in covering the Pentagon Papers.

Hedrick Smith, Pulitzer Prize-winning former New York Times reporter and editor and Emmy award-winning producer/correspondent, has established himself over the past 50 years of his career as one of America’s most distinguished journalists.

In 26 years with The New York Times, Mr. Smith covered Martin Luther King Jr and the civil rights struggle, the Vietnam War in Saigon, the Middle East conflict from Cairo, the Cold War from both Moscow and Washington, and six American presidents and their administrations. In 1971, as chief diplomatic correspondent, he was a member of the Pulitzer Prize-winning team that produced the Pentagon Papers series. In 1974, he won the Pulitzer Prize for International Reporting from Russia and Eastern Europe.

His book The Russians, based on his years as New York Times Moscow Bureau Chief from 1971-74, was a No. 1 American best-seller. It has been translated into 16 languages and has been widely used in university and college courses.  His next book, The Power Game: How Washington Works, was also a major best-seller. It became a bible for newly elected members of Congress and their staffs and was bedside reading for President Clinton. His newest book, Who Stole the American Dream? published by Random House in September 2012 , has been hailed by critics for brilliant analsysis of political and economic trends and changes in the U.S. over the past 30-40 years.

Mr. Smith’s documentary work has won many of televisions major awards. Two of his Frontline programs, The Wall Street Fix and Can You Afford to Retire?  won Emmies and two others, Critical Condition and Tax Me If You Can were nominated. Twice he has won or shared the Columbia-Dupont Gold Baton, or grand prize, for the year’s best public affairs program on U.S. television – for Inside Gorbachev’s USSR in 1990, and for Inside the Terror Network in 2002, an investigation of the Al Qaeda pilots who carried out the 9/11 attack and how the U.S. missed chances to stop them. Along with the George Polk, George Peabody and Sidney Hillman awards for reportorial excellence, his programs have won two national public service awards

A special thanks to our Patreon honorary producers - Will Ahrens, Fahim Shirazee, James O'Barr, Adam Bellows, Eric Phillips, Paul Appell, Julie Dupris, Thomas Benson,  Janet Hanson, Tristan Oliver, Daniel Fleming, Michael Caron, Zach H, Ren Jacob, Howard Reynolds, Why I am Antiwar Podcast, Kenneth Cordasco, Korgoth, and the Statist Quo Podcast.  You all are the engine that helps us power the podcast.  Thank you so much!!!