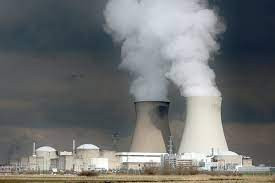 Bill Resnick interviews M. V. Ramana, a leading nuclear expert, who has written and testified widely on both nuclear power and nuclear weapons. They discuss how nuclear power is rising from the dead to replace fossil fuels in the effort to contain climate change and avoid planetary catastrophe. In lobbying for federal monies for development of nuclear power, advocates claim the new generation plants are safe and cheap. As Ramana points out, however, renewables are more reliable, quicker and cheaper to build out, and cheaper to maintain. Still, nuclear plants have gained many rich and influential supporters, including corporate elites like Bill Gates, who advocate for public financial support for technological innovation as the way to deal with climate change while maintaining the capitalist system of exponential growth. Ramana is Professor and Simons Chair in Disarmament, Global and Human Security at the School of Public Policy and Global Affairs at University of British Columbia.

Update Required To play the media you will need to either update your browser to a recent version or update your Flash plugin.
Download audio file
Topic tags:
Energy/Natural Resources, Environment/Climate, Corporations