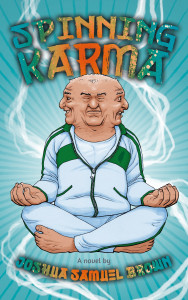 On last month’s show, we celebrated our local independent publishers and the authors whose work they publish with Dan Armstrong, of Eugene’s Mud City Press; Kathleen McFall and Clark Hays, of Portland’s Pumpjack Press; and Bobby Eversmann, Editor-in-Chief at Deep Overstock, a book publisher and literary journal, also based in Portland.

We’ve talked with Josh twice before on KBOO, the first time for his book of travel stories, How Not to Avoid Jet Lag & other tales of travel madness. And most recently, just about this time last year, for Formosa Moon, a hybrid travel guide and memoir, co-authored by Josh’s partner Stephanie Huffman. Along with Yorick Jones, no relation, Josh and Stephanie also wrote, performed, and produced the legendary radio comedy show, Puppet Radio Theater, on KBOO.

We’ll be talking about Josh’s experiences as a travel writer and Buddhist practitioner, his love of Taiwan, the ongoing war between spin and facts, why writing a book that mirrors the not-too-distant political climate can be problematic, and, of course, his very funny and moving new novel Spinning Karma.

In the words of comedian Eddie Pepitone, AKA “The Bitter Buddha”: “I heartily recommend this cynical and funny book. If you don’t read Spinning Karma, the winds of change may destroy your serenity. Great book!”

It's another beautiful day in the neighborhood!