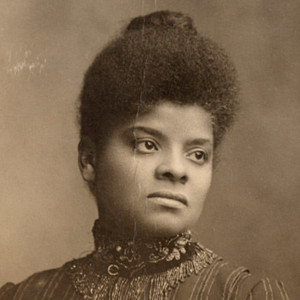 The 2020 Black Lives Matter protests sparked calls to rename schools and remove statues of past slave owners. Last week, Ida B. Wells-Barnett was officially chosen as the new namesake for Southwest Portland’s Wilson High School, after a years-long push by students and alumni to change the name.

Wells-Barnett was an accomplished investigative journalist and activist who was born into slavery during the Civil War. She co-founded the National Association for the Advancement of Colored People (NAACP) and the first Black women's suffrage association.

After collecting community feedback, the renaming committee—composed of students, staff and community members—decided they wanted to name the school after a Black woman, and came up with five finalists. They ultimately decided on Wells-Barnett because she actively worked against Woodrow Wilson, the school’s former namesake, and the racist policies he supported.

This recent name change is just one element of the school’s efforts to fight for racial equity. Students also participate in the Allied Wilson Advocates for Racial Equity, or AWARE, and the No Place for Hate program with the Anti-Defamation League, which trains students on how to teach others to be allies and address social inequities.

In the wake of the approval of the high school’s new name, these peer facilitators will lead a virtual Community Conversation About Race for free on Wednesday, Feb. 3 from 6 to 8 p.m. The event is open to anyone. Register by 2 p.m. on Feb. 3 here.

Update Required To play the media you will need to either update your browser to a recent version or update your Flash plugin.
Download audio file
Topic tags:
Activism, Movement for Racial Justice, Education, Youth

The Sacred Circle "TEMENOS"
Rogue Scarab at the Renegade Burn

END_OF_DOCUMENT_TOKEN_TO_BE_REPLACED

News In Depth
Board of Directors Candidate Forum