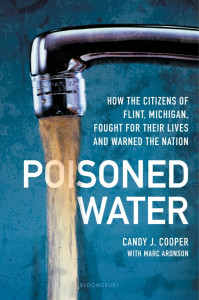 POISONED WATER:  How the Citizens of Flint, Michigan, Fought for Their Lives and Warned a Nation

In 2014, the residents of Flint, Michigan noticed that their water was a copper hue and smelled and tasted like sulfur.  Some residents began using bottled water, but many of those who didn’t started to experience rashes, hair loss, children stopped growing.  Some people were hospitalized with mysterious illnesses; others died. Still, city officials claimed water tests were normal.  It wasn’t until nearly a year later when Flint resident Lee Ann Walters sent a water sample to the Environmental Protection Agency (EPA) herself that the truth came out:  the citizens of Flint were being poisoned by their own water supply.

Update Required To play the media you will need to either update your browser to a recent version or update your Flash plugin.
Topic tags:
Activism, Environment/Climate, Family, Food, Government/Politics, Health